This program, one of the JSPS AA Science Platform Program, has been supported by Japan Society for the Promotion of Science. 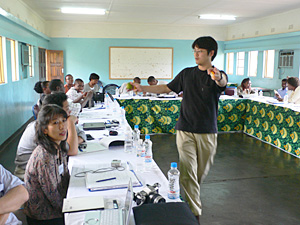 There has been, in sub-Saharan Africa, a general upsurge of active efforts by many ethnic groups to create or re-create their own cultures by reviewing their cultural legacy. These cultural movements have significant relation to such disciplines as politics and economy: political conflicts could be solved through transnational identity; and economic development might be achieved by mutual trust through cultural understandings. In this condition, museums in African countries are expected to provide various kinds of cultural information.

This program aims to activate these African movements concerning cultural heritages and museums, locally based on the milieu, the culture and the history, by establishing an academic network composed of African museums and NME (National Museum of Ethnology, Japan). In this project, NME members learn the actuality of African cultural heritage, and problems in transferring them. Participants from African countries, on the other hand, learn how to adapt museology in Japan. This cooperation brings about adequate preservation of cultural heritage vulnerable to social changes, and contributes to cultural creation in the future of post-development age. 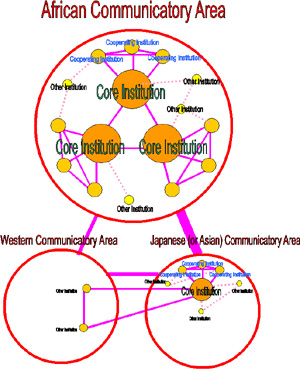 Core institutions for the exchange were selected from 6 sub-Saharan African countries: Zambia, Cameroon, Nigeria, Tanzania, Mali and South Africa. Representatives from these institutions come to Japan every year in order to share the objectives of the exchange plan, to discuss the situation of the cultural heritage in each country, and to conclude establishment of continent-wide network for preservation and studies of African cultural heritage.

In each core institutions out of Japan, we have a meeting each fiscal year. This meeting has three objectives: 1) To follow up the museum techniques transplanted from NME to the institutes; 2) To conduct a joint research of cultural heritage through collecting, analyzing, exhibiting and preserving artifacts, which brings about findings necessary to keep artifacts in the local situation; 3) To make a list of artifacts kept in the institution, which will be a part of African Cultural Heritage Database to be established through cooperative relations realized by this exchange program.

Preserving the Cultural Heritage of Africa: From Memories to Histories. (March 2, 2008) 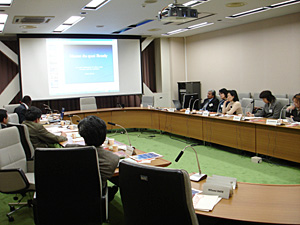 Preserving the Cultural Heritage of Africa II: With Special Reference to the Situation of Mali, Tanzania, and Madagascar. (18-19 January 2007, National Museum of Ethnology)