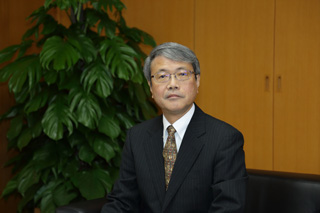 In 1974, the National Museum of Ethnology, Japan (Minpaku) was founded as an Inter-University Research Institute in the field of cultural anthropology and ethnology, equipped with one of the world’s largest museum facilities. It opened to the public in 1977 at the site of the 1970 International Exposition located in Senri, Osaka.
Each researcher at Minpaku engages in field work in various parts of the world to promote investigative study of the diversity and commonality of human culture and the dynamic state of society on a global scale. To date, approximately 345,000 specimens and objects have been collected at Minpaku, constituting the world's largest ethnographic collection accomplished after the second half of the 20th century. Two departments of the School of Cultural and Social Studies of the Graduate University for Advanced Studies (SOKENDAI) are also based in the museum. The National Museum of Ethnology is regarded as the only anthropological institution in the world equipped with research, education and museum facilities which are able to cover the entire globe.
Human civilization today is facing the greatest turning point in several centuries. Up until recently, the group that was regarded as central ruled and studied in a unilateral manner the group regarded as peripheral. The dynamics of this power relationship seem to be changing now. These days, we witness that contacts, interactions and amalgamation, including the creative and the destructive, are occurring worldwide in a bilateral manner between those two entities, one used to be regarded as central and the other peripheral. I believe that the wisdom of cultural anthropology is needed now more than ever to establish a world where, while respecting diverse cultures, we will be able to live together by bridging the gap between different languages and cultures. The extremely grave responsibilities attach to Minpaku as an international core hub of anthropology.
Acknowledging those changes in global trends, Minpaku carried out 10 years of overall renovation of its permanent galleries which exhibit cultures of various regions of the world. The renovation was completed in March 2017. In addition, we also carried out overall renovation of our organizational structure to meet the needs of the times.
We are now conducting “Minpaku Special Research Projects” under the umbrella theme of “Contemporary Civilization and the Future of Humanity: Environment, Culture and Humans”. The projects are international joint researches implemented with a solution-focused approach which are to tackle urgent challenges facing our contemporary civilization and to explore relevant guiding principles for the future.
In addition, Minpaku is now promoting the “Info-Forum Museum” project. The project aims to share the information concerning its collection such as artifacts, photos and videos, with not only researchers and users at home and abroad, but also people pf source communities as original producers (for photos, with local communities as subjects), and put newly gained insights into the database for subsequent sharing, leading ultimately to new joint research, joint exhibition, and community activities.
Through these research and museum activities, the National Museum of Ethnology, Japan is trying to establish, in a more evolved and substantial manner than ever before, the “ forum of wisdom”. That is, a place where diverse people will enjoy having intellectual interactions, sharing their ideas and engaging in collaborative works.
I sincerely ask for your continued cooperation and support in implementing our activities.

History
The National Museum of Ethnology, known as Minpaku, was founded in 1974 and opened to the public in November 1977. Its goals are to conduct cultural anthropological and ethnological research and to increase awareness and understanding of societies and cultures around the world based on that research.
Details

Facilities
The Museum design uses low-rise buildings that naturally blend with the surrounding park environment while evoking the beauty of traditional Japanese architecture. The ground floor is a storage area, the second floor includes exhibition halls, and research facilities are grouped on the third and fourth floors. The central patio brings natural light and a sense of openness into the interior spaces.
Details